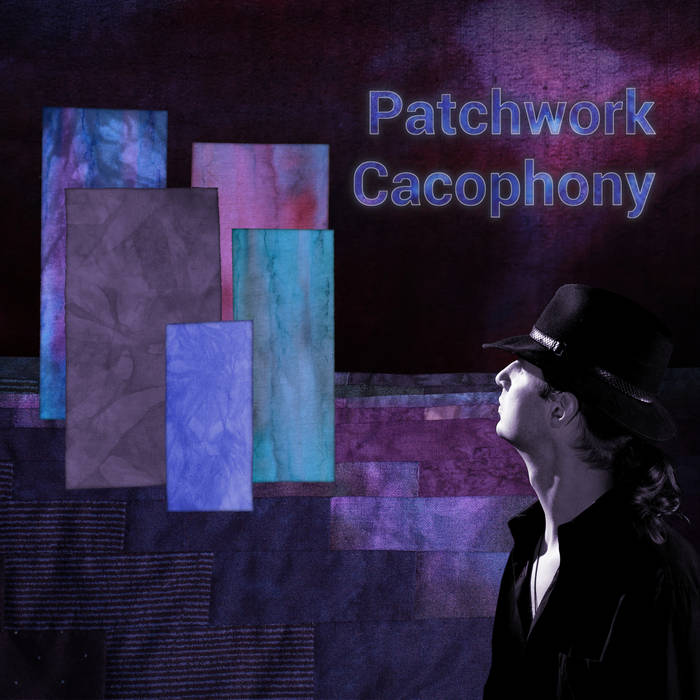 Dear Listener,
This album has been a long time coming. A while back I wrote enough of Dawn Light to give myself what felt like the core of an album, and so I began gathering up the various ideas I'd had kicking around and started assembling them. A few months ought to be all I'd need, I thought. What with the Fusion Orchestra 2 and Broken Parachute albums, and a fair amount of influence from the procrastination monkey, it's taken several years longer than I initially expected.

Sketch of a Day
Sketch was born as an inspired late night piano improvisation that I happened to record on a dictaphone. It sat around for about ten years before I finally took it into a studio, tied up the composition and arranged it for a larger — much larger — set of instruments. Of all the tracks on the album this one is the densest and most complex. Some might say Over The Top. The featured instruments are primarily piano and Prophet '08 analogue synthesizer, though there's a fair helping of mellotron emulation, the twelve part "choir of doom" and most of the instruments are given their moment in the spotlight.

No U­-Turn
Originally conceived as the intro for a longer track, the first demo recording of this had such bounce to it that I decided instead to make it into a short and to the point piece. At one stage I had intended to put a brass section in but as the album panned out more and more to be an entirely solo work, and given that I can't play the trumpet, I bought a melodica. While I wasn't looking it elbowed its way into the spotlight.

Dance of the Fleet-­footed Heffalumps
Instrumentally this seems to use all of the instruments from Sketch that weren't there on U­Turn (with the exception of the Choir of Doom which gets a relatively easy time of it until Dawn Light — some might call that a spoiler). This one came from my early experiments with mellotron samples, but really took shape musically when I was messing about with a classical guitar and found the combination of the two sounds really worked. There was at one point a slightly unusual drum part but in the end I decided it didn't suit the light­hearted character of the pieces so replaced it with hand percussion.

Brinkmanship
At the same time this is the oldest and the newest piece on the album. It was written in 1999, I think, but it was the last track on the album to be recorded. It was partially an attempt to write with rhythm taking more of a central role where I normally feature harmony or melody. Having gone to town with the arrangements on most other tracks, I was determined to keep this stripped back. Well, I suppose it's all relative, but I could at least imagine playing this one live with a band.

Nylons for Parot
For the sake of the album flow I wanted a simple piece to give some space to breathe between Brinkmanship and Dawn Light. Originally I had expected it to be a piano piece of some sort, but when I wrote this simple guitar piece for a friend, it occurred to me that it had the feel I wanted. Rather than rewrite it for piano, it just served as motivation to practise my fingerstyle playing a bit more.

Dawn Light
The writing of Dawn Light was probably the moment that tipped me over the threshold into deciding that I would be recording this album. Originally the result of a frantic weekend writing session trying to come up with ideas for a comedy zombie musical, it took shape as something a bit different. From the start, and for reasons I can't really remember, I decided that there would be absolutely no guitar on this piece. In the end I cheated and allowed myself to bend the rules for one sneaky guitar cameo. There's a notional prize for the first person to locate it.

- Thanks
And now the Oscar Acceptance Speech Moment: For something that was so deliberately produced as a solo work, this album owes an enormous amount to the inspiration, support, encouragement and indeed patience of many people. To the muses, musos and mascots... my heart­felt thanks. Now have a week's break before I start the next album.
­
-And Finally
As a gesture to the teenage version of myself who loved reading these lists while listening to albums, trying to spot each part like a treasure hunt checklist:

Patchwork Cacophony is the brainchild of multi-instrumentalist Ben Bell. The keyboard-driven compositions have an emphasis on the classic instruments of the glory days of progressive rock, such as the hammond organ and mellotron.

Bandcamp Daily  your guide to the world of Bandcamp